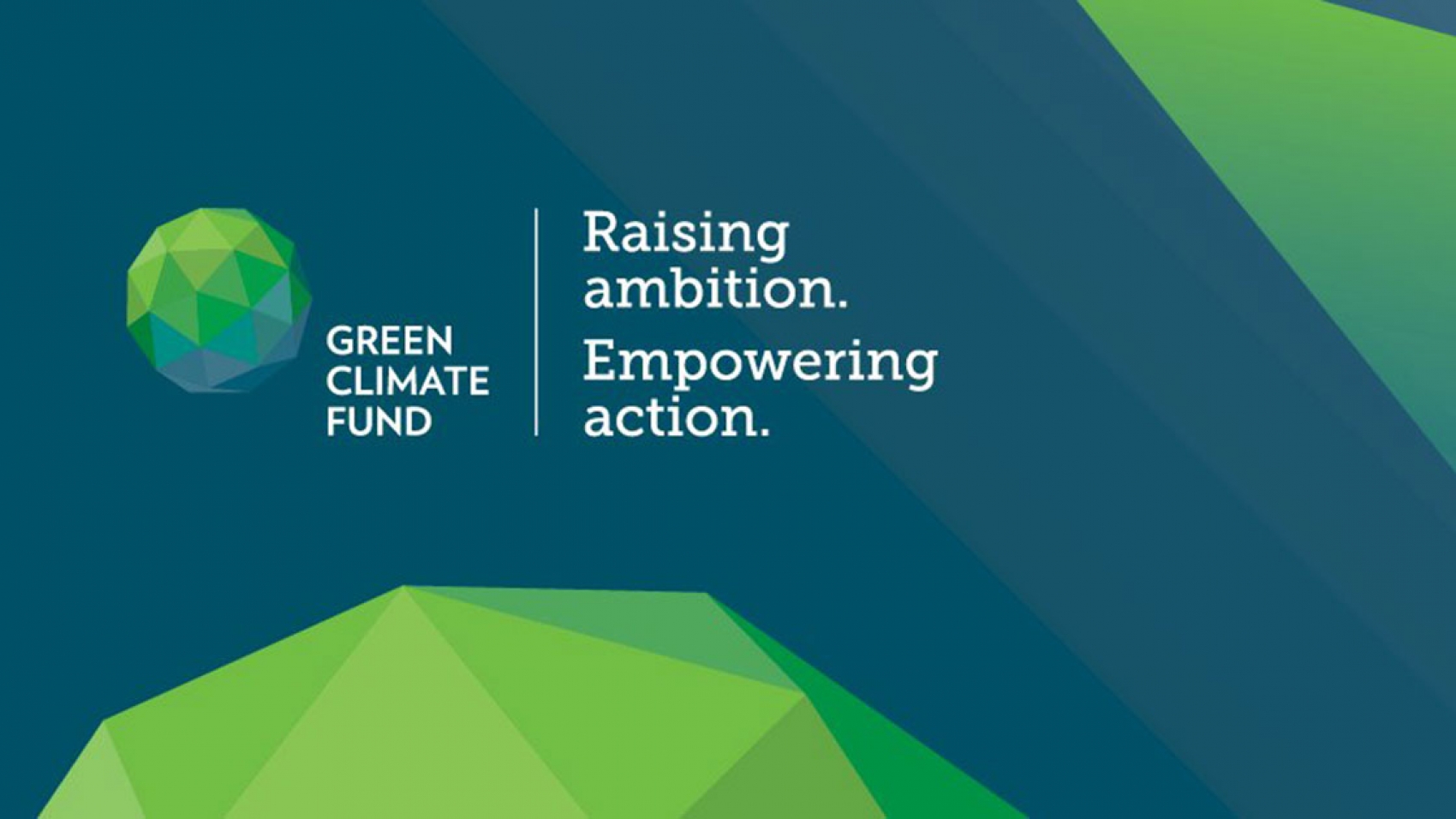 The Green Climate Fund (GCF) Secretariat has approved HATOF Foundation’s Readiness Proposal for the amount of USD 442,968 for “Capacity Building and Knowledge Management on Climate Change for Civil Society Organizations (CSOs) in Ghana towards the implementation of the Nationally Determined Contributions.”

The proposal, which was approved on December 3, 2021, marks the first readiness targeting support to CSOs in Ghana and makes HATOF Foundation the first NGO in Africa to have a readiness proposal approved by the GCF.

This GCF Readiness aims to strengthen the capacities of 10 Ghanaian CSO networks to contribute efficiently in the Nationally Determined Contributions planning and implementation processes through:

The Readiness will build on and maximize the efforts of previous and existing support in climate change capacity building related initiatives to ensure that CSOs in Ghana have access to relevant, up-to-date information about climate change trends and risks, receive suitable training and have enhanced knowledge on climate financing and paradigm shift strategies.

Over time, the Readiness support will enhance CSOs technical and institutional expertise to develop and effectively implement low carbon development climate compatible projects and programmes to contribute to the country’s long-term sustainable development.

With Centre de Suivi Ecologique (CSE) as the delivery partner, the GCF has engaged the United Nations Office for Project Services (UNOPS) for grant management support to the Readiness Programme, including the establishment of a grant agreement, performance monitoring and disbursements for the amount of USD 442,968 under the agreement.

The Ministry of Finance, the National Designated Authority of the Green Climate Fund, will provide leadership in implementing the Readiness Programme.

This Readiness is the fifth readiness the GCF has approved for Ghana. 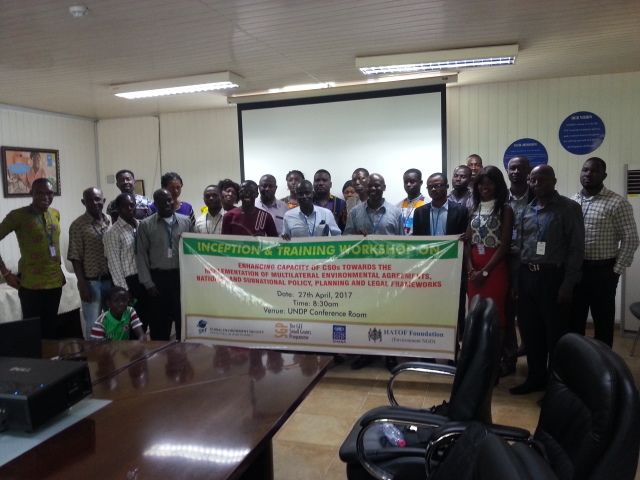 Sustainable development has its goal as improving the negative effects of environmental pollution to satisfy the needs of present generation and at the same time ensuring the liveliness of the environmental factors for future generations. However, like the rest of the world, Ghana is faced with various environmental challenges that have both direct and indirect socio-political and economic impacts. The challenges include unsustainable exploitation of biodiversity and other natural resources, climate change, exposure to chemicals and other hazardous materials, land degradation, invasive and alien species, illegal trade in endangered plant and animal species, and indoor and outdoor air pollution. These challenges pose a great threat to the country’s sustainable development and green economy prospects.

In the quest to address the above challenges, Multilateral Environmental Agreements (MEAs) have come into force to improve global, regional and local environmental governance. The achievement of the objectives of MEAs is thus dependent on the extent to which the general public and decision-makers are aware and understand the content of the various conventions and their respective national obligations.

The role of CSOs cannot be over emphasized. They are well placed to support localised response to environment, economic, and social sustainability through provision of relevant information. Unfortunately, limited capacity to understand the Multilateral Environmental Agreements that govern these challenges and national mechanisms formulated for their implementation have been identified as militating against the effective engagement of environment CSOs in ensuring better environmental governance in Ghana.

HATOF Foundation launched a one year national capacity building programme in April, 2017 titled “Capacity Development and Knowledge Management for Civil Society Organizations towards the implementation of Multilateral Environmental Agreements and national and sub-national policy, planning and legal frameworks”  Funded by the Global Environment Facility Small Grants Programme (GEFSGP) Ghana, the main objective of the project is to enhance capacity of civil society to contribute to the implementation of MEAs (Multilateral Environmental Agreements), national and subnational policy, planning and legal frameworks and to gain knowledge in best innovative practices and systems for inclusive sustainable development. Specifically the project seeks to; 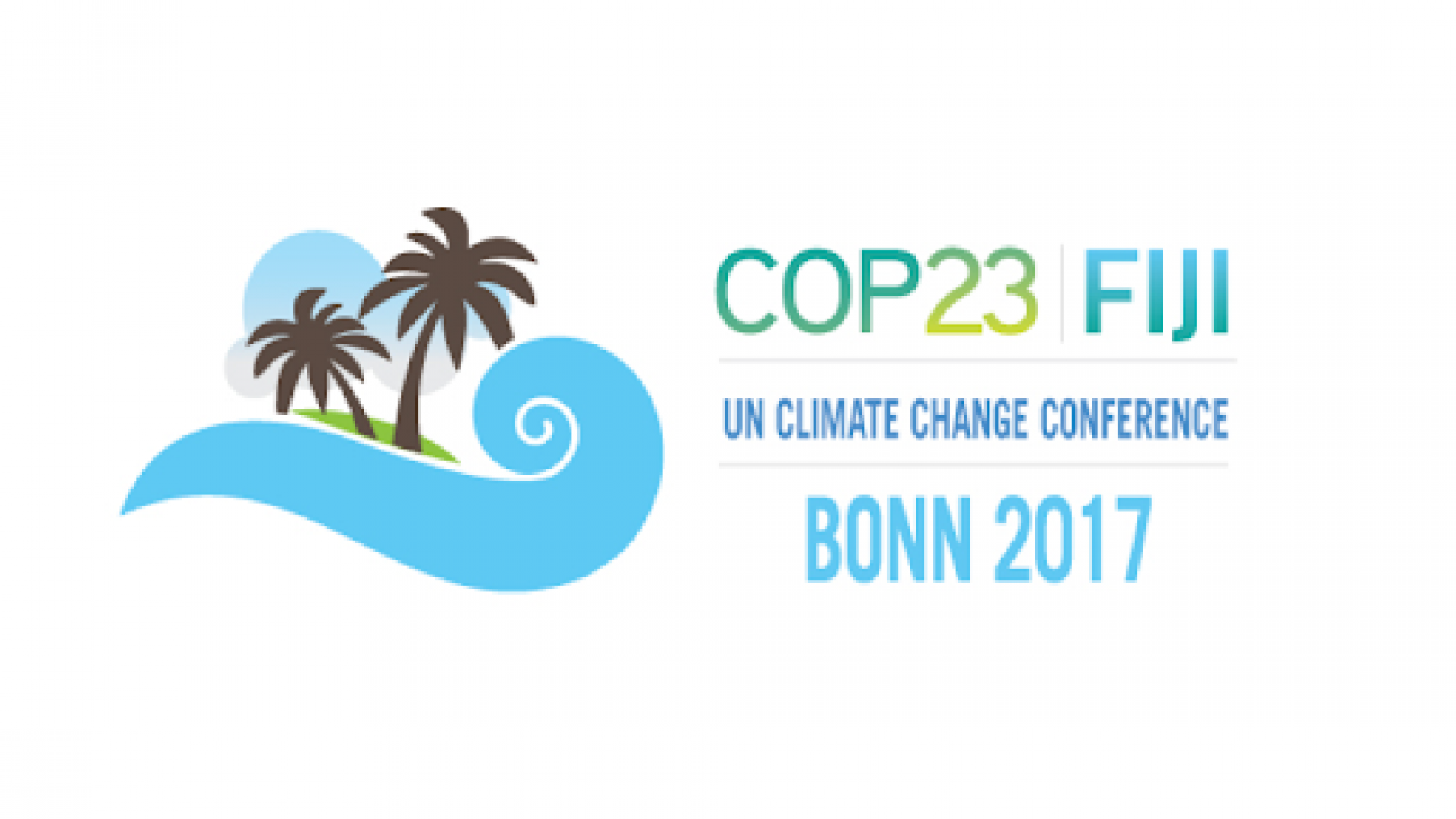 The 23rd meeting of the Conference of the Parties (COP 23) of the United Nations Framework Convention on Climate Change (UNFCCC) was held from 6 to 17 November in Bonn, Germany, under the presidency of the government of Fiji, the first time that a small island nation has served in this role. This is the second COP since the adoption of the Paris Agreement at COP 21 in 2015 and since the Agreement entered into force on 4 November 2016, just three days before the start of COP 22 in Marrakech, Morocco.

As of 22 November, 170 Parties have ratified the Agreement.  Of the 197 Parties to the Convention, 195 originally signed it.  Nicaragua initially argued it was not strong enough but has acknowledged that there is no alternative to the Agreement and ratified it just prior to the start of the COP.  Syria, embroiled in a civil war since 2011, signed up on 7 November, leaving the United States as the only country which has rejected it, although it can’t officially withdraw until 4 November 2020, one day after the next U.S. presidential election.

It was expected to be a transitional and technical COP – and it was — with delegates charged with the complex task of writing the so-called “Paris Rulebook” for all of the elements mandated in the Paris Agreement and Decision text which is scheduled to be adopted next year at COP 24.  They also had to complete the design of the 2018 “Facilitative Dialogue,” a test run for the “Global Stocktake” which all countries will conduct every five years starting in 2023 to assess and strengthen their “nationally determined contributions” (NDCs) and global progress toward reaching the goal of the Paris Agreement: to hold the increase in global average temperature to well below 2°C and pursue efforts to limit the increase to 1.5°C above pre-industrial levels.

Fiji brought vision to this technical COP through the Pacific tradition of “talanoa,” derived from “tala” meaning “talking or telling stories,” and “noa” meaning “zero or without concealment.”  In the Fijian context, frank expression without concealment, in face-to-face dialogue, can lead to all participants understanding each other’s feelings and experiences.

The main COP decision – to be known as the Fiji Momentum for Implementation – contains three elements:  a call for enhanced Pre-2020 Implementation and Ambition, a reiteration of the Paris Agreement Work Programme, and the design of the Facilitative Dialogue, rebranded by Fiji as the Talanoa Dialogue.

Here’s a shortlist of issues where progress (or no progress) was made in Bonn:

COP 23 was actually one COP in two zones – Bula and Bonn, two kilometers apart.  The Bula zone was the site of the official negotiations, while the Bonn zone hosted dozens of civil society kiosks and hundreds of events.  According to the UNFCCC list of participants, 16,028 people were registered – 9,202 delegates, 5,543 from observer organizations, and 1,283 media.  An additional 5,940 people were accredited for the Bonn zone only.  Thousands more participated in off-site events, marches, and demonstrations throughout the two weeks in Bonn and its surroundings.  Several high-level announcements were made on the COP sidelines by coalitions of governments, corporations, and civil society.

The call for an end of the fossil fuel era throughout numerous events in the Bonn Zone echoed the messages of the People’s Climate Summitfrom 3-7 November, the Climate March that saw 25,000 people on the streets in Bonn on 4 November, and Ende Gelände, a peaceful mass civil disobedience action against open pit lignite coal mining in the Rhineland, from 5-7 November.  All of these events articulated a message of global solidarity and climate justice and highlighted feasible alternatives to a corporatist approach to climate negotiations with false solutions in addressing the climate crisis.